LPG is a fuel gas. Liquefied petroleum gas or liquid petroleum gas – LPG - also identified as propane or butane, are flammable hydrocarbon gas mixtures used as fuel in vehicles, as Autogas, and as home heating and cooking fuel.

Auto LPG Fuel: What is Autogas? What is the Difference between Autogas and LPG There is no difference between Autogas and LPG except the possible inclusion of butane along with the propane. LPG – Liquefied Petroleum Gas – is a flammable hydrocarbon gaseous fuel including propane, butane and mixtures of these gases also known as Autogas or auto LPG.

Autogas (auto LPG), liquefied through pressurisation, is a fuel that comes from natural gas processing and oil refining and is also referred to as natural gas liquids – NGL.

The fuel type auto LPG (Autogas) is used as fuel for vehicles.

Autogas is the usual name for LPG – Liquefied Natural Gas – when it is utilised as fuel for LPG cars and vehicles with internal combustion engines, in addition to generators and other fixed applications. Autogas is a mix of propane and butane.

LPG Vehicles - What is an LPG car? Autogas Conversion

There are four types of autogas conversion systems:

Regarding cost, the fuel type LPG is about half the price vs petrol cars but you will use about 20% more auto LPG than petrol. The cost saving is more pronounced if you compare against similar octane petrol.

Comparing fuel type LPG vs petrol (gas or gasoline), auto LPG is a liquefied gas whilst petrol is a liquid at normal atmospheric pressure. The fuel type LPG cost less than petrol and generally has a higher octane rating, at over 100 octane.

The result is that you still save about 40% on your fuel costs especially when comparing to high octane petrol.

This savings will more than cover the cost of the LPG conversion, if you are a driver that racks up a high kilometre count.

What is the Difference Between Autogas and LPG - Fuel Type LPG

What are the Pros and Cons of Buying an LPG Powered Car? 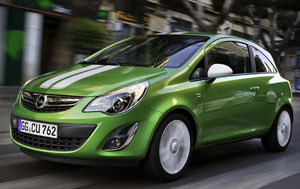 • Autogas fuel is less expensive than petrol or diesel.

• The biggest negative is the extra cost involved in buying an LPG car or converting a car to LPG fuel.  However, the cost is typically recovered quickly through the realised savings.

• In some countries it may be a bit more difficult to find an LPG service station but, in most countries, they are becoming more numerous every year.

How does an LPG engine work?

• Converter-and-mixer systems are the oldest style, dating back decades and still widely used.

The LPG liquid fuel is converted into vapour and then mixed with air before going into the intake manifold.

• Vapour phase injection (VPI) systems use a converter-and-mixer system, but the gas exits the converter under pressure and is injected into the intake manifold.

This has been the most popular type system in recent years.

Autogas fuel is primarily use in cars and light commercial vehicles. Autogas has been very popular with SUV and utility vehicles owners.

Fleets, and taxis in particular, were early adopters and big users.

Generally, there are less in the way of heavy duty vehicles converted but there has been significant use of Autogas in the US school bus sector.

Take the best automotive technology – hybrid drive – and marry it with the cleanest and most economical commercial fuel – Auto LPG – and the result is nothing short of amazing.

Add a state-of-the-art LPG liquid injection system to the Camry Hybrid and you have an ultra-efficient tri-fuel vehicle that is truly revolutionary.

Hybrid LPG is the new benchmark in fuel economy and hybrid LPG conversions are available now.

The Auto LPG octane rating exceeds all production vehicle Octane requirements, which typically peak out at an Octane rating of 98.

The creation of carbon dioxide (CO2) is appreciably less with an Auto LPG vs petrol car.

These fine particles may be deeply inhaled into the lung and carry with them a collection of attached hazardous compounds.

One of the key environmental advantages of LPG vs petrol and diesel cars is the near-absence of particulate matter (PM) emissions.

After ethanol, the fuel type LPG (Autogas) is now the highest volume alternative automotive fuel in use worldwide.

There are now more than 25 million Autogas vehicles in use globally and almost 73,000 refuelling stations.

Governments in many countries actively encourage the use of auto LPG fuel, for environmental reasons.

Government financial incentives, aimed at subsidising the conversion cost of the vehicle, are very effective in promoting Autogas use.

Autogas surpasses gasoline and diesel in the majority of studies, conducted around the world, comparing environmental performance.

Autogas emissions are especially low with respect to noxious pollutants.

This has become critically important in places like London and South East Asia.

For example, government environmental restrictions on the use of diesel vehicles have helped drive the success of Autogas in Korea and Japan.

So, while other vehicles would become unusable if imports were cut off, Australia’s LPG fuel fleet would still be on the move.

Autogas stations are easy to find. There are over 3,000 Autogas fuel outlets in Australia.

In fact, we have one of the most extensive autogas distribution networks in the world. In many ways, auto LPG fuelled cars are safer than their petrol counterparts. LPG fuel tanks are typically made from welded heavy gauge steel, in contrast to modern petrol tanks that are plastic.

Autogas fuel tanks are designed with an Automatic Fill Limiter (AFL) to prevent overfilling so the release of excess fuel during the refuelling process is virtually eliminated.

On the other hand, most of us have experienced petrol spills, which will puddle under your car, whilst any fugitive LPG just dissipates into the air.

Autogas fuel tanks are designed to withstand even the most extreme conditions, with 20% unused volume to allow for any expansion of the LPG in hot conditions.

There are electronically controlled shut-off valves which stops the flow of gas to the engine if the engine stops for any reason or in the event of an emergency.

Auto LPG fuel is also less likely to catch fire than petrol as petrol (gasoline) ignites at temperatures as low as 246°C while LPG (propane) ignites at 470°C.

Australian auto LPG safety standards have been refined over many years. LPG fuel systems for vehicle engines are covered under Australian Standard AS1425.

The specifications and requirements of AS1425 are some of the most stringent in the world.

On completion of an aftermarket installation, the installer will supply a certificate of compliance with AS1425.