Is LPG (Propane) a Fossil Fuel?

"Yes"… LPG is a low-carbon fossil fuel. And, YES, we now know how to make propane renewable energy.

It is a fossil fuel that does not occur in isolation.

LPG is found naturally in combination with other hydrocarbons, typically crude oil and natural gas.

LPG is produced during natural gas processing and oil refining and is also referred to as natural gas liquids.

LPG gas is renewable. Renewable LPG gas is a relatively new development. The process to make renewable propane from bacteria and sugar was published in 2014.

What is a Fossil Fuel?

Fossil fuels are formed from organic matter over millions of years.

To be more precise, fossil fuels are fuels formed from decomposed organic matter.

Plankton, diatoms (see image), plants and animal matter are believed to be amongst the organic materials and their age can exceed 650,000,000 years.

They derived their energy from ancient photosynthesis.

The decomposed material was covered over by sediment, sand and rock then exposed to extreme heat and pressure to form large deposits of what would ultimately be fossil fuel.

1. Coal is a flammable high carbon organic based sedimentary rock.

It is primarily carbon and is found underground in coal beds or coal seams.

It is extracted via traditional underground mining or by surface strip mining.

It is the dirtiest of the fossil fuels, creating the most CO2 when burned.

2.  Natural gas, straight out of the ground, is actually a mixture of a number of flammable hydrocarbon gases.

Methane (CH4) is the main constituent of natural gas. 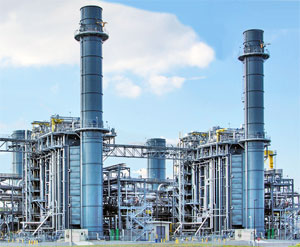 It is sold as “dry” natural gas, after the wet gases and impurities are removed by a processing plant (see accompanying image).

LPG and other “wet gases” are also obtained from the natural gas flow.

It is the cleanest of the fossil fuels.

Various petroleum products and LPG are obtained from the refining of the oil.

Natural gas may also be present in the fossil fuel stream from oil wells.

Crude oil is extracted by the drilling of wells (see accompanying image).

As previously explained, fossil fuels are organic carbon based fuels.

Fossil fuels are generally considered to be non-renewable.

Whilst they are still being formed by the same natural processes, we are using them at a much faster rate than they are being regenerated, as they take millions of years to form.

However, there are now fuels like bio-diesel and bio-LPG that can be made in commercial time frames.

The big downside of fossil fuels is that they produce greenhouse gases when burned.

Renewables (non-fossil fuels) are generally not carbon based.

A bit more controversial is nuclear power, as it does produce nuclear waste, even though it does not generate greenhouse gases.

Most of these renewable energy sources do not produce greenhouse gases and do not take millions of years to be replenished.

The exceptions are the new bio (carbon) based renewables like bio-diesel, bio methane, and bio-LPG.

The Process to Make Propane Renewable 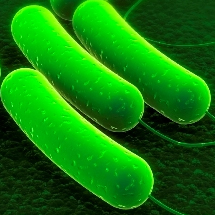 LPG (propane) is now renewable with bio-LPG, as well.

The bacteria consume sugar and are tricked, through genetic modification and the help of a couple of enzymes, into making propane instead of their normal cellular material.

This renewable propane can be used exactly like the traditionally derived fossil fuel version.

This means it is suitable for everything from autogas to home gas appliances.

Renewable fuels made with microbes are typically liquids.

This poses a couple of challenges.

First, the liquid may poison the microbes that produce it.

Second, the separation and purification of the fuel from the microbial solution can be complex and costly.

All of this is avoided with this new process, as the bacteria produce instantly usable gaseous renewable propane.

This feat was achieved by a group of British and Finnish scientists led by researcher Patrik Jones.

The full results of their work were recently published in the journal Nature Communications.